My Podcast
My Blog 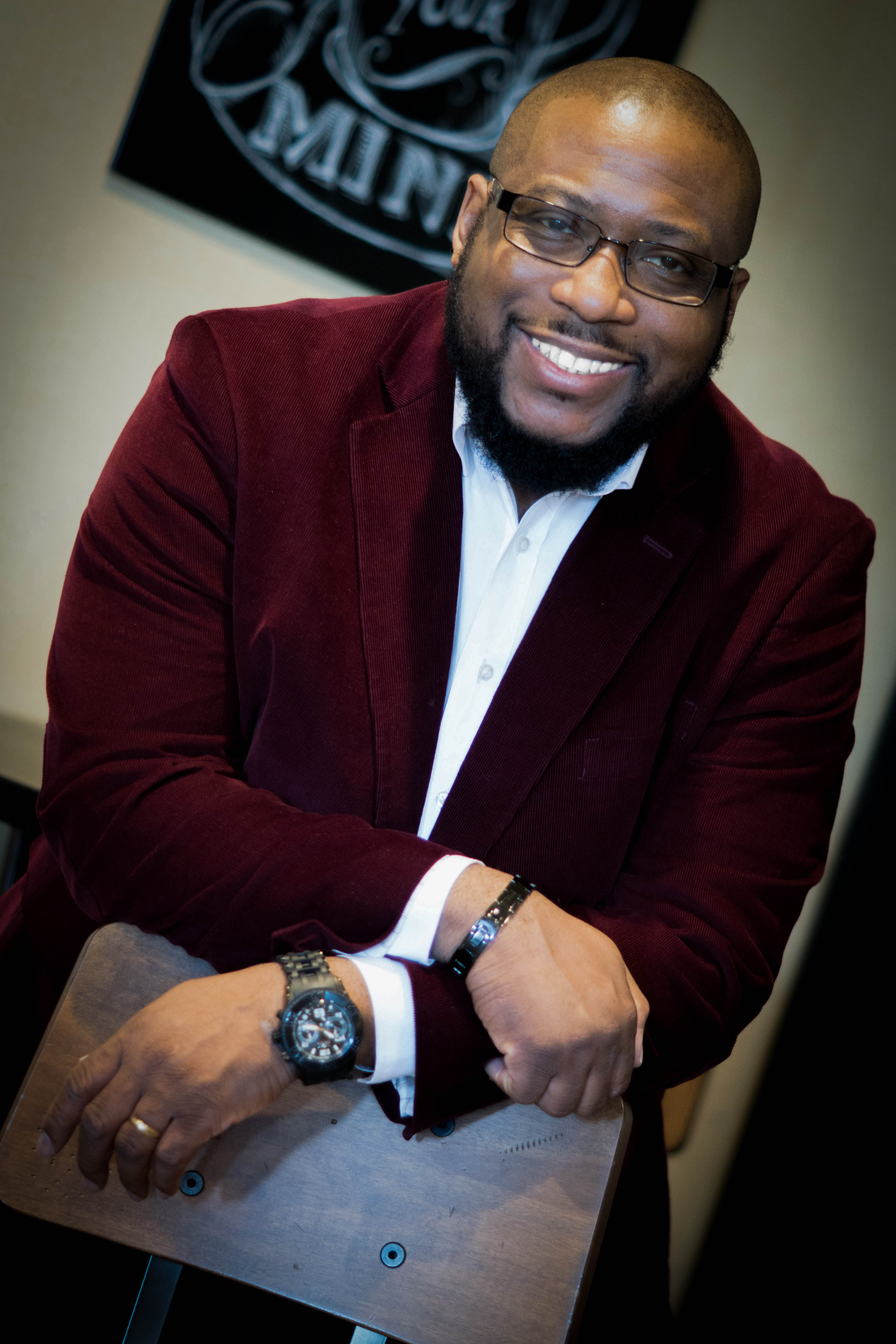 I am Rev. Anderson Ted Graves II, 42 years old, resident of Prattville, Alabama.  I’ve been Sheila’s husband for 20 years. Sheila and I have 2 children.  Kaitlin’s in college, saved, gifted, pretty, smart, and as focused as I wish I was. Anderson III is in high school, saved, gifted, handsome, charming, and easily nonchalant about his many gifts.

My parents, Buford & Shirley Graves, raised me in Holly Springs CME Church in the tiny town of Bassfield, MS.  I was an honor student and active member of the church, even serving as an annual conference officer while a teen.  I benefited from many strong mentors and godly influences, especially my grandparents.  However, I was a heathen.

As I neared high school graduation, the great cloud of godly witnesses in my families reminded me not to forget the Lord.  Grandma Cora told me, “Baby, pray that the Lord won’t let you get so far from Him that He can’t bring you back.”

I graduated high school in 1989 and attended Alabama State University on two full academic scholarships (the Presidential Scholarship and the Thurgood Marshall Fund Scholarship).  I was a successful student, member of several honor societies, and active in several organizations. I was still a heathen, but at that point I was a heathen who didn’t have to go to church.

In 1991, I pledged Kappa Alpha Psi fraternity, wrecked my new car, lost both my paternal grandparents, became an obnoxious agnostic, and pretty well wrecked my life.   Over the next couple of years I dropped out of college, losing my scholarships, and lost (quite deservedly) my one true love, a girl named Sheila.

Slowly, by the testimony of a couple of homeboys, David Echols & Zelva Frazier, whom I’d recruited to follow me to ASU, I came to know Jesus for myself.  God also gave me another chance with Sheila.  In 1994, we got married.

I got my B.S. in English education and a M.S. in educational administration from ASU.   My wife and I joined Hall Memorial CME Church in Montgomery. Under Pastor Freddie Carger and First Lady Minnie Carger, I re-learned church leadership and served as Sunday School Superintendent and youth leader.

I began a successful career teaching jr. high & high school English and drama.  In 2006 I became a high school assistant principal.  Sheila and I had kids, bought a house, and I was progressing well toward checking off everything on my list of  predetermined career goals.

All of that started to unravel in 2005, when after years of trying to negotiate with God; I gave up and accepted the call to preach.  I delivered my first sermon in January 2006 at Bethlehem CME Church in Prattville, Alabama, and became youth minister under pastors Freeman Walker and Lloyd Hicks.  In December 2007, I was interim pastor of John Wesley CME when Bishop Lawrence Reddick III appointed me to the pastorate of Hall Memorial CME Church.  I was only supposed to finish the year until they found someone to be the “real pastor,” but somehow I guess the Lord turned me into a real pastor because I served Hall Memorial for 7 years.

Then, just when I had factored the pastoring thing into my plans, God began to press me to leave my secular job to do full time ministry, when He knew full well that it would constitute a 70% cut in pay.  When my negotiations again failed, I obeyed God.  In 2012 I took a year’s leave (The leave in itself was a miracle, because taking leave meant writing a letter asking a public school system to hold my job for a year because “this is what God wants me to do.”—a request to which my principal, asst. superintendent, superintendent, and entire school board all said, “O.K.”)   In 2013 I made that leave permanent with my resignation.

And God has faithfully provided.

We’ve kept our house, and we still eat regularly.  God has provided for my family and opened new opportunities.  Through the National Institute for Human Development, I develop leaders in rural communities, coordinate education in-reach for the city jail, present in small high schools, and I’ve finished the manuscript of  my 1st book.

I’m also blessed to have been the executive director of SAYNO, inc (the Substance Abuse Youth Networking Organization) from 2013 to 2018.  SAYNO is a Montgomery, Alabama non-profit that works to prevent drug abuse among youth.  The non-profit work has linked perfectly with my community ministry and afforded contacts and opportunities that have made me a better pastor.

I made a lot of plans for my life, plans which God has disrupted in ways I could not have imagined, would never have requested, and do not regret.  Now, my life-plan is to serve God well, however He decides He wants me to do that.

I am, Anderson T. Graves II, an unapologetic geek, a country boy, a 2nd degree black belt, a family man, and a passionate servant of Jesus Christ.